A New Startup Called Fomo…Should I Invest In It?

Bubbles, unicorns and now FOMO. How to sort it all out – and WIN – by considering risk, reward and Warren Buffet.

(Originally posted on Linkedin,  from March, 2015)

Silicon Valley is red hot right now. I have lived in “The Valley” for nearly 20 years, and I can’t recall the last time it was this crazy. You can see it everywhere – from the traffic on the freeways and the crowds at the conferences to the challenges with getting an Uber or into a hot restaurant. And the real estate market is once again setting records, with multiple bids on million-dollar starter-homes back in full swing.

Just another average commute in The Valley 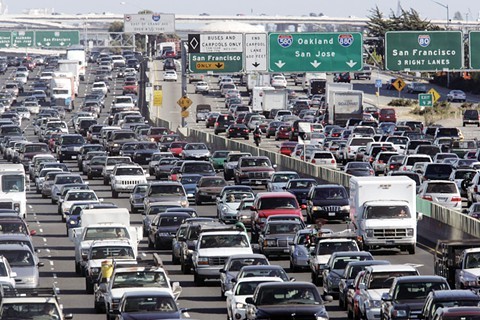 Now that I think about it, the last time I saw it this crazy was…1999. Uh-oh. Maybe that is why the drumbeat of “bubble times” is starting to grow louder. But this time is different, right? 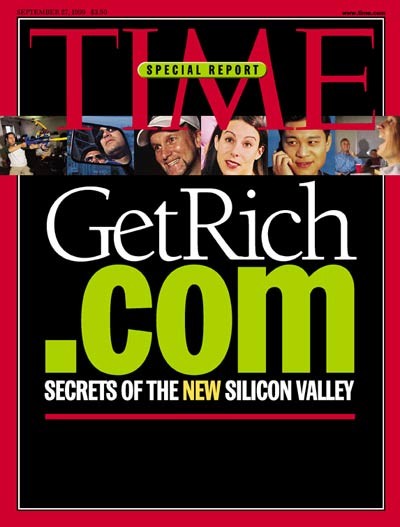 I see the pace of innovation and emergence of real game-changing startups just about everywhere I look. So, are we in a bubble or not? It depends on the lens that you are looking through…

INNOVATION AND THE PACE OF CHANGE

The pace of innovation has never been greater in the history of mankind. It is really that simple. Literally, every part of the world is being changed by technology and a lot of it is really good for the future of mankind. When I think of the future state that involves solar power, the Internet of things, 3D printing, online education or robotics – just to name a few categories – I get very excited about technology and innovation.

I also think we’re in the early days here and that the pace of change will only increase. Steve Case said it best this week at SXSW when he referred to the third age of the Internet:

“The third age will begin next year and will accelerate disruption across all industries and force companies to adapt or die. Healthcare, education, transportation and food will all undergo radical innovation in the third age. We are at a pivotal point in the Internet’s history.”

With all this change and innovation, it is hard not to get excited about the future of technology, innovation and change. And with this excitement comes a lot of capital to fuel the innovation – and for good reason: growth drives business valuations more than any other factor. With this as a backdrop, it’s hard to think we are in a bubble – in fact, if you share my belief that software changes everything, then you could argue that we are just getting started.

BUBBLES, UNICORNS AND FOMO, OH MY!

On the other side of this coin, of course, comes all the talk about valuation and bubbles. In just the last two weeks, Bill Gurley (also at SWSX) from Benchmark, Mark Cuban (on his blog) and Bloomberg have all called the current environment for technology investing a bubble. Is there a disconnect here?

All of this talk started when the concept of “unicorns” started popping up. This theme has become uber-popular in the media (get it? Uber-popular?). See Fortune’s cover story, or check out Aileen Lee’s TechCrunch post called Welcome to the Unicorn Club. The term came about for relatively new businesses – some pre-revenue – that were commanding valuations over a billion dollars. A lot of these unicorns are really, really super companies and clearly here to stay – but a valuation above a billion dollars used to be a rare category open only to well-established, profitable businesses.

ON HUNTING FOR UNICORNS

FOMO stands for Fear Of Missing Out – a mindset that can be just as dangerous as a forest fire on a dry summer day. Simply put, FOMO means that with all these unicorns running around Silicon Valley, venture investors look around and say:

“heck, I missed Uber, airbnb…my returns aren’t going to be as good as my competitor…so I need to swing for the fences and find the next unicorn.”

It’s an investor mindset when the focus turns toward upside and not missing out – and thereby completely missing the risk associated with any new business venture. And with this mindset capital flows too easily and valuations get super high – and this is where innovation starts to lose the headlines and valuations take over.

The real disconnect here is when you combine valuations (price points for ownership) with the pace of innovation and potential impact for change. These are too very, very different things.

GREED AND FEAR, SILICON VALLEY STYLE (OR, THE FAKE SCIENCE OF UNICORN BREEDING)

Warren Buffet made the famous quote when asked how to get rich:

So I think all the bubble talk is both timely and accurate. I wrote about this at the start of the year, and now believe we’re near the edge of the proverbial cliff as it relates to valuation – the bubble is getting stretched and it’s about to pop. Here is a great Inc. article on the difference between public and private valuations as a leading indicator.

There is a Wall Street joke about how to tell if the stock market is overvalued:

How do you know when the stock market is overvalued? When you leave your Wall Street office, get in a taxicab and the driver starts to give *you* stock tips.

Maybe that joke would be funny – or at least more relevant – if I replaced taxicab with Uber. But I have a different metric to gauge when the FOMO has taken over more than just investing in startups: when I look around The Valley, how many talented executives do I know that *are not* part of a startup or trying to start a business? I recently saw an executive assistant hand over her resignation with the reason for quitting being obvious – she wants to start her own e-commerce business.

As an entrepreneur, I love the passion, energy and excitement that underlie all of this. However, the scary fact right now is that the FOMO attitude that’s impacting the venture investing community is now reaching to all employees. Simply put, almost every smart person I know is focused more on NOT missing out on the “next big thing” than on the risk associated with making these dreams become reality.

REMAIN MORE FEARFUL THAN GREEDY AND YOU MIGHT CATCH A NARWHAL, THE LIKELY SOURCE OF LEGENDARY UNICORN HORNS

I love the pace of change that is happening in the world. Seriously, I have never been more excited about the innovations that are happening right now, and I can confirm that some really great businesses are being started around the world (not just in Silicon Valley, contrary to local opinion). This is good, good stuff.

But as an entrepreneur, I also know that starting and building a business is really, really hard. And risky is hell. Failing to recognize the risk is just as dangerous for investors as it is for those who start the startups and those who go to work for them.

UNICORNS MAY BE MORE THAN MYTHS, BUT IT’S A FACT THAT FOMO CAN BE DEADLY

Here’s how to stay safe and be successful

The pace of innovation won’t stop – that train left the station a long time ago. This is great for entrepreneurs. However, the valuations being placed on these innovations will have to change – and as an investor I am personally much more cautious than a lot of others right now. After all, Mr. Buffet isn’t the world’s richest man by chance, is he?